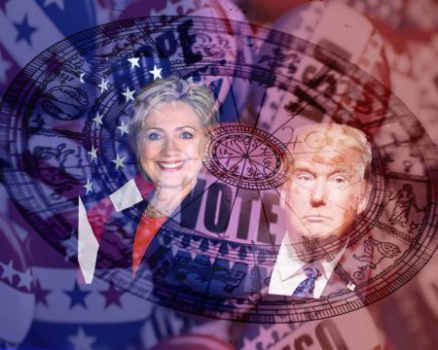 Last time there was a US Presidential Election (2012), I stuck my neck out and made some predictions about the outcome based on fairly traditional astrological methods. Although my predictions came true, this time around I wanted to do something different. There are already so many astrologers out there making predictions for the 2016 race… END_OF_DOCUMENT_TOKEN_TO_BE_REPLACED

Around the April New Moon on the 4th, many people reported experiencing intense aggravation and anxiety as the Sun, Moon and Jupiter in Aries opposed Saturn in Libra. On the world stage, Portugal finally admitted to needing a financial bailout from the EU, which led to all sorts of squabbles about whether the EU should continue to bail out ailing countries in the Eurozone, and the exact nature of what bailouts are – aid or loans? This in turn, led to further discussions about the Euro and the future of the EU.  . .… END_OF_DOCUMENT_TOKEN_TO_BE_REPLACED

During February, a series of contacts to the lunar nodes by major planets, Jupiter andUranus appeared to mobilise the populace of several North African and middle eastern countries, including Tunisia, Egypt, Algeria, Libya and Bahrain, into protesting against their despotic political leaders and calling for democratic political reform. Both Uranus and Jupiter have been hovering near the mid-point of the nodal axis since the beginning of February, together forming a T-square with… END_OF_DOCUMENT_TOKEN_TO_BE_REPLACED