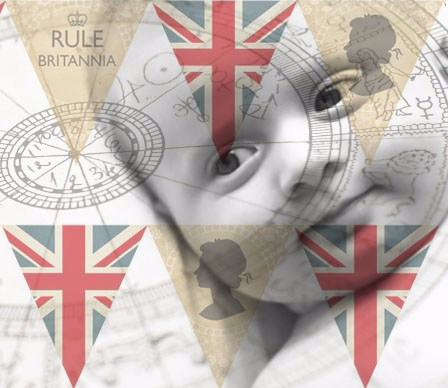 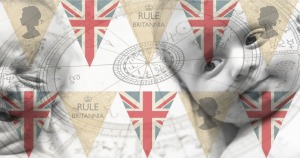 The news broke this morning that the Duchess of Cambridge has gone into labour, and was admitted to the Lindo wing of St Mary’s Hospital in Paddington at 06:00am BST – very similar to the last time she gave birth to Prince George in July 2013.

It all seems terribly convenient that this just happens to be a bank holiday week-end and that we have an election next week, which would have been terribly messy and a nuisance for the politicians. But perhaps that is just my cynical Mercury in Scorpio at work here…

I had expected Kate to go into labour in the early hours of Monday morning, just after the Full Moon but it seems that Baby Cambridge is more affected by Mercury’s ingress into Gemini, which does lead to matters/events speeding up, than the lunar cycle. It does make me wonder if a) either she has very regular hormonal cycles; or b) whether she went in to be induced.

At any rate, what of a possible time?

Well, seeing that this birth is following the same pattern as that of Prince George, could we expect a similar birth time of around 4:30pm? If so, then Cancer, the sign of births, motherhood and babies, will be on the Midheaven. Still, I prefer the birth chart for 16h00 BST, which has Venus in Gemini on the Midheaven – a sign possibly of a girl. That being said, it is interesting that Venus is in Gemini – the Twins – could we be in for a royal surprise? See my earlier blog post about this very possibility for more details.

Of course, very often during pregnancy, what starts out as a twins in the womb can sometimes turn into a single birth as the second baby either dies or is absorbed by the more dominant baby into its cells, as this woman discovered recently when she had a tumour removed from her brain that contained the remains of her embryonic twin. If this is the case, then a 4pm birth would make sense – it has Pluto in the 4th opposite the Part of Sons and Uranus in the 7th house conjunct the Part of Fatality, indicating the possible loss of a twin boy, but the North Node conjunct the Part of Life in the 1st house in Libra, which could indicate the survival (and birth) of a baby girl. Not that I would wish that on anyone, but it would explain the astrology of that particular moment a bit more clearly.

Still, very often second babies arrive much quicker, perhaps because of muscle memory which affects contractions in the womb, so it is very possible that we might hear an announcement much sooner than last time. If that proves to the case,  I am liking the birth chart for 15h00 – a Moon-Venus trine is set to take place just after 3pm BST and Jupiter in the regal sign of Leo will be sextile the Midheaven. If earlier, then I would plump for 11h30 – Jupiter in Leo is rising and the Moon, symbol of motherhood and births, is conjunct the IC (family, roots etc).

Of course, this couple have very much elected to control the flow of information surrounding this pregnancy and want to be in control of their own destiny, which is entirely understandable, so much around this birth remains unpredictable. Let’s see what happens…